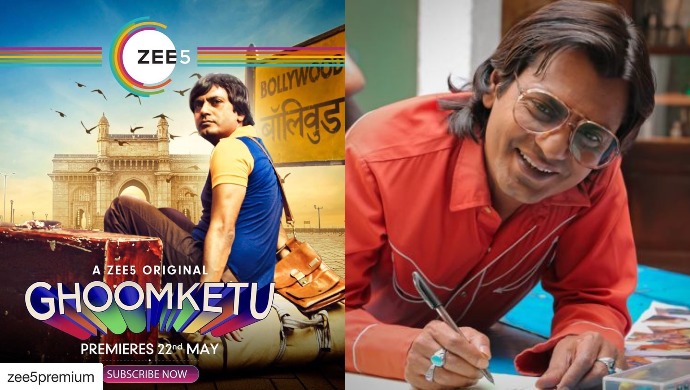 Nawazuddin Siddiqui is back with another appealing comedy-drama movie, Ghoomketu on ZEE5. The trailer was dropped on Youtube on 19th May 2020 and has garnered over 11 million views since its release. With a talented star cast, the movie is set for an OTT release considering the entertainment accessibility during the lockdown due to the spread of Coronavirus.

The trailer begins with Ghoomketu (Nawazuddin) narrating a horror movie script to his aunt, Santo bhua (Ila Arun) who is not impressed with the story. His father, Dadda (Raghuvir Yadav) doesn’t think much of his son’s passion and is always found scolding him. To succeed as a writer, Ghoomketu leaves home and finds himself in the city of dreams, Mumbai. However, his struggle has just begun. He meets with several producers in the industry with his stories but only receives discouragement. Low on cash, he has 30 days to prove his mettle as a writer and to survive in this city.

Now meet Inspector Badlani (Anurag Kashyap), a lazy cop who is corrupt to the tee. He has been put in charge of a missing person’s case, which if he doesn’t solve, will result in his transfer to an undeveloped corner of India. Badlani gets a deadline of 30 days to find this missing person. Guess who? You guessed it right, Ghoomketu!

The fun begins when Badlani turns out to be neighbours with Ghoomketu without realising it! While Ghoomketu struggles with his writing, Badlani struggles to find Ghoomketu with no ID or picture unsuspecting that he is right beside him.

Moving on, stars such as Amitabh Bachchan, Ranveer Singh, Sonakshi Sinha and Chitrangada Singh have short cameos in the film as themselves. A snippet of Ranveer and Sonakshi re-enacting a popular scene from a super hit movie leaves the audience in fits of laughter.

This series of hilarious misfortunes and confusion looks promising in terms of unadulterated entertainment. Now it is to be seen how it’ll all unfold when Ghoomketu and Badlani meet! Check out the Ghoomketu film trailer for yourself to see!

Nawazuddin Siddiqui and Anurag Kashyap have provided the entertainment industry with great content in the past as a duo. Nawaz has featured in Kashyap’s various productions. Gangs of Wasseypur is a prime example! It is exciting to have this pair share the screen. Can’t wait to see what they have in store for us!

If you have watched it, do share your reviews in the comment box below! If not, what are you waiting for? 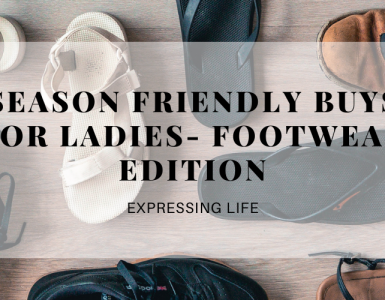