Last week, the world celebrated the World Elder Abuse Awareness Day which I had wanted to write about, but couldn’t. So, here are my thoughts regarding the same:

I live in India, a country where the sole purpose for a couple, after they become parents, is to give the best of all to their kid, whether it costs their wishes or dreams, hardly matters. A country, where the parents are said to be the earthly incarnation of God for the child. A country which is known for its traditions and culture, where living with your parents isn’t treated as a sign of weakness, rather of how strong your values are.

Well, at least it used to be the India in the past. These days, these earthly incarnations are mostly found gracing the old age homes rather than their own houses. Moving out of your parents’ house has become the new fashion. Some people have misinterpreted it as throwing out the previous owners and occupying it for themselves. The most common reason for a parent to move to a old-age home these days is the inability of the son/daughter to give them proper attention because, well, so much going on in their own life, who’s got time for the old man/woman? I fail to understand how someone finds in their heart to abandon the human who is the reason of their existence?

It astonishes me to see that the woman who is fighting with her brother for not treating her parents with care has just admitted her husband’s father in the old age home.

The old lady who taught you how to walk has to crawl on the floor to go to the toilet because you think appointing a helper is a waste of money when she can still crawl.

The food you emptied in that homeless man’s bowl was meant for him, but you forgot to feed him because you were too tired after the late-night party.

Neglecting the person who sacrificed his whole life for your betterment doesn’t seem to be the best way of repaying the debt of love and care they bestowed upon you. When a kid is born, the only thoughts that revolve around the mother’s head are how to make his life better. She does everything that would make you happy, that would help you succeed, but to achieve what in the end? Just a little hope that when you’ll be able to earn enough to feed both of you, you won’t abandon her.

Often, kids got to other countries for better career opportunities and find it hard to return back to their homeland. Many-a-times, the dispute among the siblings leaves the parents’ in a mess which is hard to survive, let alone clean.

Is the situation that bad that leaving behind the ones who taught you to speak is the best option available? Why does it not occur to the ones who do this that whether they believe in Karma or not, it does exist and it will strike back because what goes around, comes around.

We talk about compassion all the time, yet fail to recognize the fact that like charity, compassion, too begins from home. While teaching your child how to be compassionate, neglecting his grandparents won’t really give out the right message. Making little sacrifices for the people who made huge sacrifices for you shouldn’t seem like a burden.

Yes, taking care of someone who is constantly sick seems tedious, but when you put yourself in their shoes, you know the pain, that feeling of helplessness, that longing to run and laugh and feel and enjoy, to stand on your own, to eat on your own, that dread of loneness. Know that this isn’t something that they have done to deserve, it comes with the age. Those innumerable diseases and that box of pills are the drawbacks of being old.

“The adult were once young. The young have not yet attained adulthood. The young must learn to appreciate the wisdom of elderly people and learn from their life experiences.”
― Lailah Gifty Akita

If not out of love then for the sake of humanity, we ought to take a vow to stop neglecting the elders because whether you want it or not, we all will be in their place one day and the time is now to decide whether you’ll like to be loved or neglected.

I come from a family where I see the perfect examples of love and respect for parents, the one that makes me believe that I still live in an India where the sole purpose for a couple, after they become parents, is to give the best of all to their kid, whether it costs their wishes or dreams, hardly matters. A country, where the parents are said to be the earthly incarnation of God for the child. A country which is known for its traditions and culture, where living with your parents isn’t treated as a sign of weakness, rather of how strong your values are.

In the end, it’s not only about those who are related to you, but all of the older people who are made to compromise with their lives because the young are too busy to oblige. They deserve to live with dignity, irrespective of the age because above all the things they are as human as you are.

“Each one of us can do a good deed, every day and everywhere. In hospitals in desperate need of volunteers, in homes for the elderly where our parents and grandparents are longing for a smile, a listening ear, in the street, in our workplaces and especially at home.”
―Shari Arison

The one who doesn’t, at the time of bliss as well as the crisis, abandon his own, is the one worthy to be addressed as a human.

So, what have you been doing or have decided to do?
Do you think Compassion begins from home?
Leave your views in the comment box!
Share the post and spread compassion around the world!

Let’s spread the love in the village, the global village! 🙂

This post is part of #1000Speak for Compassion movement for 20th June, 2015. Last month over 1000 bloggers from all around the world spoke on Connection,#1000Speak, to make a difference, however small. They spoke to affect positive change and to instil hope. To get the message out that the world still cares. Is it surprising then that it was a great success? This month, 1000 Voices Speak for Compassion continues to work toward spreading Compassion.

If you are interested in joining the #1000Speak movement, please follow the blog and join the Facebook group to connect with other participants and exchange ideas for the monthly topic. You do not need to be a blogger to participate! You can email your submission to [email protected] and it will be published on the blog on July 20th. 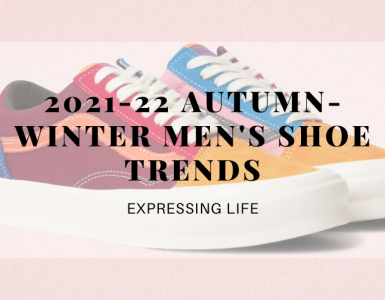