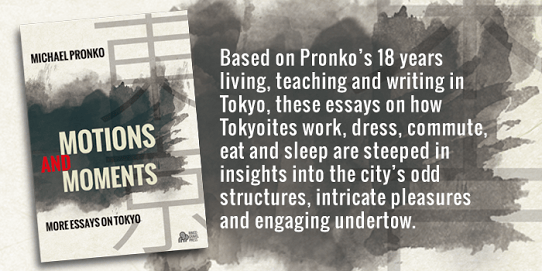 ~Tokyo is a workout.~

I’m not particularly a fan of the non-fiction genre but I don’t know what made me do it, I sampled this book and I don’t regret my decision of buying it eventually. Owing to my love of Manga and Anime, Japanese culture is a fascination to me and this fascination was one of the large contributing factors that made me read this book. Here’s my review of Motions and Moments: More Essays on Tokyo by Michael Pronko:

Quick Blurb from the book-

Motions and Moments is the third book by Michael Pronko on the fluid feel and vibrant confusions of Tokyo life. These 42 new essays burrow into the unique intensities that suffuse the city and ponder what they mean to its millions of inhabitants.

Based on Pronko’s 18 years living, teaching and writing in Tokyo, these essays on how Tokyoites work, dress, commute, eat and sleep are steeped in insights into the city’s odd structures, intricate pleasures and engaging undertow.

Included are essays on living to size and loving the crowd, on Tokyo’s dizzying uncertainties and daily satisfactions, and on the 2011 earthquake. As in his first two books, this collection captures the ceaseless flow and passing flashes of life in biggest city in the world with gentle humor and rich detail.

Theme- The author takes the reader on an armchair visit to Tokyo with his eloquent and vivid essays describing the cultural and social practices that take place in Tokyo along with the everyday life of a Tokyoite. Although the author has been living in Tokyo for 18 years, he projects his view of Tokyo as that of an outsider in his essays.
The book is essentially a love letter to Tokyo by the author.

From the intricacies of the city’s structure to the daily rush for the commute, the essays create a brief sketch of a day in Tokyo.

From the picture the author paints, Tokyo is a giving, yet a closed city. Onigiri (rice balls) is their favourite snack and their obsession with English slogan t-shirts is ever increasing. Tokyoites are skilled multitaskers that excel in fitting things in and take pleasure in creating and filling forms.

The author often compares the life in Tokyo with that of the life in America, from where he actually hails. For an instance, ‘in the west, pleasures are either individual choice or a universal human experience. In Japan, pleasures are Japanese.’ Although non-fiction, the book has been written in a story-like manner.

Each essay reflects the pride of the city and the culture it upholds be it the usage of honorifics while addressing someone or the parting ritual at the end of the day
The highlight of the book is the Part 4: Quaking. Dated essays about the aftereffects of the fatal earthquake that hit Japan in March 2011. They capture the essence of the emotional turmoil that every tokyoite felt after the earthquake and how they coped with the tragedy.

The author has sprinkled Japanese words here and there in the essays. Some of them have been explained while some aren’t to avoid interruption of the flow. There’s a glossary at the end for easy reference. The author’s previous books on Tokyo have been widely appreciated and awarded.

Some interesting observations in the author’s words:

‘All over Tokyo, perfect outfits rise up like figures plucked from a Milan window display.’ – Perfect Outfits

‘One misplaced step means a bruised knee or bashed hip or, even worse, embarrassment.’ – Public Tightness

‘Onigiri are like a haiku of the entire Japanese food culture.’ – A Meal in the Hand

‘The memory of that blanketing pink offered a reminder that beauty shows up on schedule, but it also arrives in swift gusts of vivid surprise.’ – Hanami, and Just After

Personal Opinion: I’ve never read non-fiction before and it feels safe to say that I couldn’t have asked for a better start. The book is informative but it doesn’t bore you. The writing style of the author is vividly imaginative and easy to read. It feels as if with every new essay, you’re unfolding a new mystery about Tokyo. The revelation makes you a bystander; it doesn’t plunge you right inside leaving enough curiosity for you to want to uncover it yourself.

For all its worth, this book makes me want to write about my city and I find that idea quite entertaining.

Want to read? Check it out here.

Until next time,
Be kind to one another.
Bye Bye! 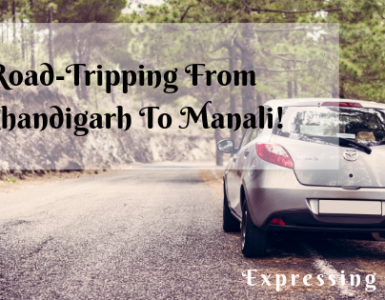 A Roadtrip from Chandigarh to Manali

I have always been told that, when taking a solo trip for the first time, it is more practical to go with the standard practices. I am sure there’s a lot of sense to it. It is more economical and safer. But then again... 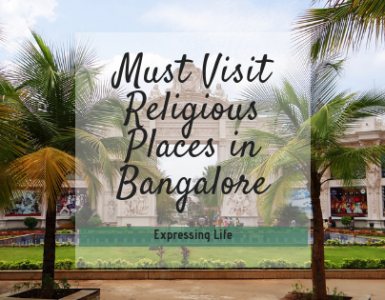 All You Need To Know About Religious Places In Bengaluru

Bangalore may be well known as the electronic city of India for its advancements in IT industry, but there is much more to this city than meets the eye. Bangalore has a rich diversity in its culture. There are one or... 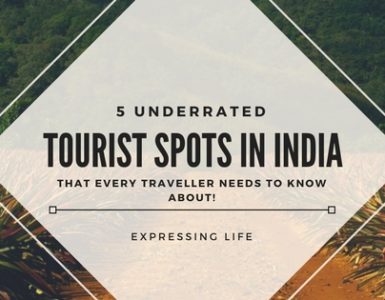 India is known for its enriching art, history and culture. Given the fact that this country boasts of its picturesque landscapes and beautiful tourist spots, there are quite a few unexplored places that many travellers...