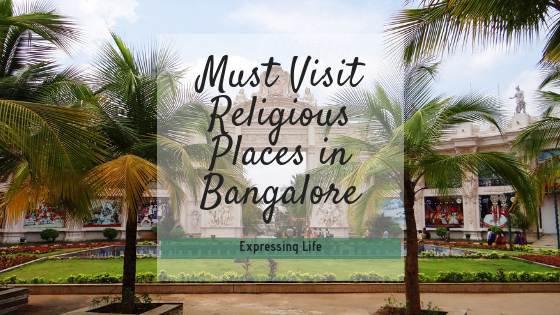 All You Need To Know About Religious Places In Bengaluru

Bangalore may be well known as the electronic city of India for its advancements in IT industry, but there is much more to this city than meets the eye. Bangalore has a rich diversity in its culture. There are one or more religious spots for almost all known religions in the country. Talking in terms of numbers, there are more than 1000 temples, 400 mosques, 100 Churches, 40 Jain mandirs, three Gurudwaras, two Buddhist Viharas and one Parsi Agiari spread across the city. These spots not only depict the presence of all religion, but each one of them has their unique architectural structure to talk about.

In this article, we will explore the most famous of those places where you can freshen your spiritual senses while accommodating in any of the finest resorts around Bangalore.

Built-in 1997 & dedicated to Lord Krishna, this is one of the largest ISKCON Temples in all over the world. It is settled in Rajajinagar in North Bangalore on a hillock named Hare Krishna Hill. The spectacular architecture is a blend of Dravidian and contemporary styles. The unique features of this structure include a 17-meter high gold-plated flag post (dhwaja-stambha) and a gold-plated Kalash-Shikara which is eight & half meter high.

A special recital and praying methodology is followed here by reciting a specified mantra. One has to pass through several square marbles by reciting the mantra in order to enter the Krishna Mandir, which is exciting enough to make your visit this place again.


Bull Temple or Dodda Basavana Gudi or Nandi Temple is situated in Bull temple road at the south of Bangalore. This temple is built inside a park called Bugle Rock.

The bull is the symbol of a sacred Hindu demi-god, known as Nandi. Nandi is a close devotee and attendant of Shiva. Dodda Basavana Gudi is said to be the biggest temple of Nandi in the world. The stone monument idol of Nandi is frequently covered with new layers of butter i.e. ‘benne’ in the local language of Kannada. Also, there is an idol of the elephant-headed Hindu god Ganesha close by.

Every year on the last Monday and Tuesday of the Hindu month of Karthika Maasa a groundnut fair is held in the temple premises and groundnut is offered to the idol. This fair is known as ‘Kadalekaayi Parishe’ in the local dialect. This sacred place remains crowded by groundnut sellers and devotees during Kadalekaayi Parishe.

The Shiva Temple has been built by the Melwanies who are accompanying with various charity institutions in Bangalore. It features a Shiva statue that is 65 feet (20 m) tall idol. The history of this Shiva Temple dates back to the year 1994 when the construction of the 65-feet-tall Lord Shiva idol started. The temple was inaugurated by Sri Shankaracharya of Shringeri on February 27, 1995, on the auspicious occasion of MahaShivratri.

The massive statue of Lord Shiva looks wonderful, especially during the night. It has been decorated with lights and during the night it presents a majestic view with the glittering light, the enormous structure of the Lord and reflection of the idol on the sparkling waters.

On superior occasions like Mahashivratri, Holi, etc. pooja’s are offered in an intricate manner.

St. Mark’s Cathedral is positioned at the west end of Mahatma Gandhi Road Bangalore. It is named after the debated first gospel writer named Saint Mark. The cathedral is open for all people irrespective of religion or faith.

The cathedral is an attractive regal style. The entrance of the cathedral has ornate woodwork with carvings. The ceilings and the domes are magnificently done. The bell is the amongst the most well-maintained church bells in India. The blemished glasswork adds to the beauty of the cathedral.

The cathedral is an architectural marvel, but it is not something which happened overnight. Different architectural styles have been adopted during sequential restoration and reconstruction work.

The large grounds of the cathedral contain great numbers of the tree offers a peaceful exile from the annoying traffic of MG Road. The best time to visit the cathedral is when the choir is practising or a wedding ceremony is taking place.

St. Mary’s Church was built in 1818 by a French missionary, Abbe Dubois in the form of a sanctuary and called it ‘Kaanike Mathe Devaalaya’ (Our Lady of Presentation). Later it was rebuilt in 1882 to its present form. In the year 1973, St. Mary’s Church was approved as the status of a basilica. The basilica has been built in the Gothic style with arches, ornamental themes, and stained-glass windows. Multiple pillars with rich Corinthian capitals support the majestic arches of the Church. The pillars and tall spires of the basilica can be seen from far away in the city. The stained-glass windows were detached during World War II and were subsequently restored in 1947.

Every year on the 8th of September, Virgin Mary’s festival is celebrated with great magnificence and grandeur. A procession is taken out on this eve, that attracts thousands of devotees and a chariot moves with the statue of St. Mary. 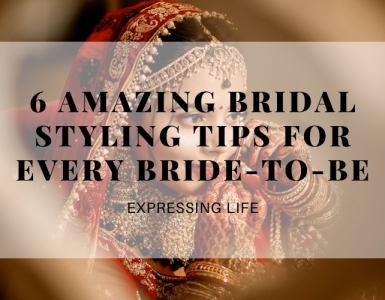 The primary thing that springs up in a lady of the hour’s brain after the wedding dates are finished is getting on the field to start the chase after her ideal bridal lehenga. Bridal Lehenga is the most difficult... 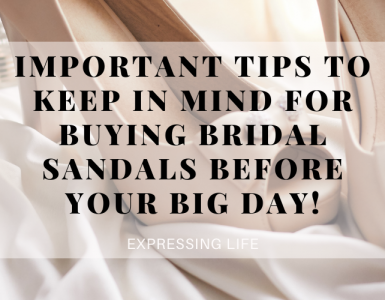 Important tips to keep in mind for buying bridal sandals before your big day!

To be brides are always so nervous about everything! They tend to freak out on tiny details and are fussy about everything related to their marriage arrangements! People call it pre-wedding nervousness, and we call it a...