Justice has a new face, some Churails from Karachi have decided to serve it themselves. We’re talking about the absolute masterpiece, Churails, a web series set in Karachi, Pakistan. Created by Asim Abbasi, this show is a fitting reply to the prevalent patriarchy in society. With a talented star cast, this web series was released on the OTT platform, Zee5 on 11 August 2020 and has garnered great appreciation from critics and audiences alike. Here’s ZEE5 Churails review for you-

Batool (Nimra Bucha), Jugnu (Yasra Rizvi),  Sara (Sarwat Gilani), and Zubeida (Mehar Bano); these four women who have nothing in common but their struggle and trauma in their respective journeys, come together to fight the long-standing patriarchy. In the guise of a burkha boutique, the Halaal Designs, they uncover lying and cheating husbands, i.e., they run a private detective agency. An agency that wishes to serve justice to all women suffering on the hands of their unfaithful husbands, rich or poor.

Nimra Bucha a.k.a. Batool is an ex-convict. Growing up in a violent childhood and as aftermath, spending 20 years in prison, there’s nothing that can faze her now. Nimra’s flawless performance dramatically adds to the charm of the show.

Sarwat Gilani a.k.a Sara is a perfect housewife.. err trophy wife. Married to a rich politician, mother of three kids, she has her hands full in managing the family. Too full to keep a check on her philandering husband. Although she is impulsive and enjoys her lavish lifestyle, she raises her kids with morals.

Yasra Rizvi a.k.a Jugnu (an alcoholic) is enlisted in the team by her childhood friend, Sara. Jugnu’s career as a wedding planner is going haywire and she gladly joins the cause. Jugnu’s character starts shining as the story picks up momentum and shines through and through.

Mehar Bano a.k.a Zubeida is a boxer who secretly pursues her dream of boxing and is berated by her father for the same. Not only is she tough, but also sweet. She dedicates herself to her new family and can go to any lengths for them. Her character is bold, strong and independent!

These ladies wear their burkhas as capes and go by their mission. They soon form a crew and enlist several ex-convicts, sex workers and transgenders, all in all, a crew of witches who proudly bear the slogan of #MainChurailHoon. As their client base increases, they stumble upon alarming conspiracies. Naturally, their journey of discovering uncomfortable truths is anything but smooth.

With an audacious script and dauntless direction, this show is bound to revolutionize Pakistani Cinema.

The series outdoes itself by portraying both characters, male and female in a similar light. While the focus is on the men supremacy, Asim Abbasi makes it a point to show that women aren’t all that innocent. The main characters in the series are flawed and they accept their flaws and bear them as their badges, and this stands out.

These women are anything but perfect, but yet they unabashedly strike towards their goal!

Churails is available to stream on the popular OTT platform, ZEE5.

If you have watched it, do share your Churails review in the comment box below! If not, what are you waiting for? 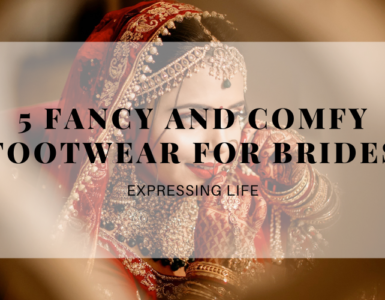 5 Fancy and Comfy Footwear for Brides

While preparing the bridal ensemble, brides often spend too much energy on the outfit and the jewellery that they forego the time required to choose the perfect bridal footwear. It is often neglected and causes great...