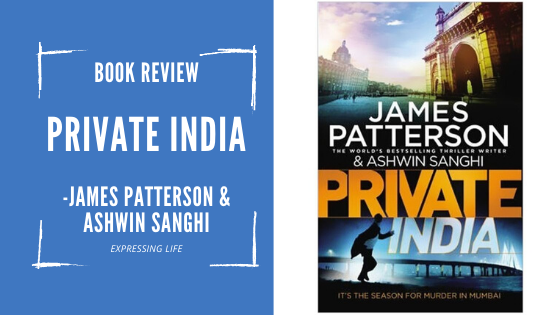 “Private India” – Its the season for murders in Mumbai! 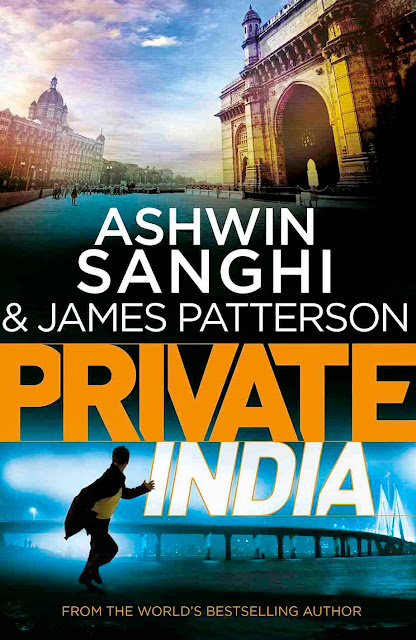 “Absence of evidence is not evidence of absence.” ~ Santosh Wagh, Chapter – 9
A book delivered to your doorstep, free of cost, is an opportunity worth grabbing for a bibliophile. What would be better than a hot cup of coffee and a murder mystery to solve? Cherry on the cake – Its an Author signed copy! (Hurray!!) The adrenaline rushes through your body with every turn of events in the book, an obvious page turner. After laying my hands upon Sidney Sheldon’s, ‘Tell me your dreams’, I was excitedly waiting for the arrival of Private India, another spine-chiller. Here’s what I think of this action-packed thriller –
Plot – Carved as a partnership between James Patterson and Ashwin Sanghi, ‘Private India’ is a thriller combining Patterson’s love for fast-paced plots with Ashwin’s love for history and mythology.

The story is set in the backdrop of the country’s commercial capital, Mumbai. A series of murders of ostensibly unrelated people following the traditions of the uncanny murder cult, ‘Thuggee’, causes havoc in the mind of Santosh Wagh, the chief of the Indian Bureau of Private India, the best detective agency in the country.

A couple of trinkets left by the murderer with every victim are an add-on slipup. Santosh (an off-duty drunkard), with his team, Nisha Gandhe, ex member of CID, the tech wizard Hari Padhi, and the forensic expert Mubeen Yusuf is set on the trail of this vicious murderer.

A flashback into the life of the protagonist, Santosh and his accomplices in the race of solving the crime creates a multiple story. ACP Rupesh joins hands with Santosh (once best friends) but an untold stiffness is evident between the two.

The arrival of Jack Morgan, Santosh’s boss pulls a critical turn in the events. The suspects are few and the murders are unstoppable. Moreover, the festive season in the city of dreams is threatened by a terrorist attack on the ninth day of ‘Navratri’, the festival of worshipping Goddess Durga.

The involvement of a fierce mafioso and a godman brews unnoticed trouble. Will Santosh Wagh be able to reach in time to save the city from another terror campaign and the shadowy killer? What made the best of friends to turn into enemies? What makes Santosh suspect his own crew? Who is to be trusted and who isn’t?
Pros:
Cons:
Personal thoughts– James Patterson, the author of the best-selling ‘Private Series’, makes his part of the writing unfailingly recognisable. Ashwin Sanghi, yet again, fascinates his readers with an admirable mixture of history and fiction but his flair of writing is a little missed. I am a little disappointed with the seemingly exaggerated murder mystery but nevertheless, ‘Private India’ is an unputdownable and thrilling read from beginning to end. Thanks to blogadda for such an awesome opportunity. Looking forward to busting some more gripping reads! 🙂
Happy Reading!! 🙂