Tia never thought life could be so peaceful that she’d get time to acknowledge the presence of those natural wonders that sang outside her window before the morning sun, chirping in the sweetest voices. After fighting the battle that had almost cost her her life, she was quite astonished how mundane her life had become but this time around, she made sure she wasn’t going to waste a single moment chasing things that were never meant to be for her. 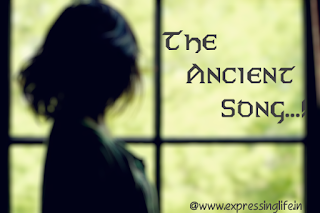 Caught up in this thought process, she didn’t notice the buzzing phone until it rang again. The loud ring brought her out of the reverie and she took the call not bothering who was calling.

‘Hello, this is Tia. How can I help you?’ she spoke, calm and composed.

‘the bird sang the ancient song,
the final wave is coming along,
the one responsible for undoing the wrong,
should return the rose where it belongs.’ a deep voice recited this unusual Hello.

‘Excuse me, who is this? And what did you just say?’ she asked, taken aback.

‘You know what it is. Now use your head and figure it out. You have until Saturday night.’ replied the man.

‘I’m sorry. I’m not taking any work these days. I’m afraid I can’t help you in..’ she spoke without thinking twice.

‘You don’t have a choice. I know everything about you and everyone around you. Why don’t you call that boyfriend of yours and check whether his 3rd Tequila shot has done its magic or not, I’ll be on hold.’ she knew this was no joke and dialed her boyfriend’s number.

‘Where are you, Michael?’ she spoke, urgently.

‘Uh, no mother I.. I’m not dru..dru..drunk’ replied her drunk boyfriend.

‘Just who are you? What do you want from me?’ she asked, without wasting a second.

‘I’ve already told you what I want.’ he replied, in a no-nonsense tone.

‘You ask too many questions. The answer is you, you’re the only one who can figure it out. I’ll be in touch.’ said the deep voice.

Everything she’d done so far to put back her work, her days as a detective, and enjoy life for a year or so was brought to ruins. At the age of 32, she had achieved and earned more than anybody of her age through her sharp mind and that miraculous intellect but it had cost her her relationships. Michael was the only one who held on to her and she had decided that she’d never let this man down.

Just when things started falling into place, the phone ringed and she was once again caught in a whirlpool she didn’t want to be a part of.

This post is a part of IndiSpire Edition 117:  Just when everything started looking fine, the phone rings.. [Build a story] #TringTring

Until next time,
Be kind to one another.
Bye Bye! 🙂